Here are some crafts we’ve done in Harry Potter Club in the past few months!

For one meeting we did a “Dragon Study.” I grabbed all the books we had with illustrations and “facts” about dragons and put them out. Then I read descriptions of the different dragon breeds from Fantastic Beasts and Where to Find Them. The kids looked at the books and tried to find pictures that looked like the descriptions I read. They drew some of their favorites. We also talked about where these dragons appeared in the different HP books. 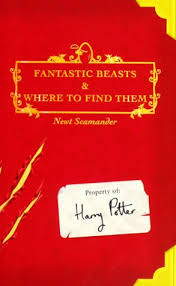 I believe this is a Welsh Green...or possibly a mixed breed 🙂

These are super easy to make. All you need is a pen that you can take apart, a feather and some glue. Cut the end of the feather – this will leave the plastic part hollow. Remove the ink “part” (I don’t know what it’s called) and push it inside the hollow feather. You probably want to use a glue gun or super glue to make it stay. The book I borrowed the idea from did not mention putting the outer plastic pen-shell back on, but it seemed like it would make the pen easier to hold/use. Plus you could put the cap back on. You can also do this with a mechanical pencil.

Golden Snitch Ornaments: A variation on the Golden Snitch magnets we made a while ago, except we used foam balls and ornament wire-hanger things. Also gold glitter. This one took a little while to dry. Some kids just glued on some gold tissue paper that we had. Very easy to make – just stick white pipe cleaners into the foam ball and decorate. You can even decorate and then put in the pipe cleaners. It seemed to work OK both ways.

This is what Neville’s Gran sends him in the first book. It is a glass ball that turns red when its owner has forgotten something. Malfoy steals it during their first flying lesson, and Harry takes off after him to get it back, and does so well that he ends up as one of the youngest Seekers on a Hogwarts Quidditch team in years. Yes, this little Remembrall is very important!

I found the glitter balls in a Wal-Mart clearance bin for $1.50. We used Sculpy to make a ring around the ball – this one I actually glued down with a glue gun before it hardened so it would stay on once it dried. Then I glued some rhinestones on it for a bit of “flair.” The kids did some really cool things with them – making stands for them and different patterns, etc. Of course, I forgot my camera so I only have pictures of my samples. They were fun to create and they make interesting conversation pieces. (Sadly, this is not the weirdest thing on my desk in my office.)

I got most of these ideas from this book: 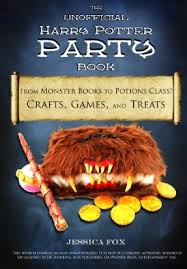 It has some really great ideas that are easy and don’t cost too much. The kids want to make the “Monster Book of Monsters” next month…..wish me luck!

One response to “Harry Potter Club”